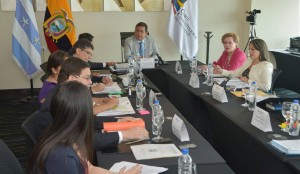 The first package of amendments took 17 months and seven days to be approved since AP delivered the bill to the Constitutional Court (CC) on June 16, 2014, until it was adopted on December 3.

The Court took four months and a few days to issue a favorable opinion for 16 of the 17 amendments proposed, and the Assembly took a month and a few days to make the first debate in the plenary on December 2. The constitution mandates that 12 months must pass between the first and the second debate, and the second debate must be held within 30 days.