Alianza Pais will march the day of the debate on amendments 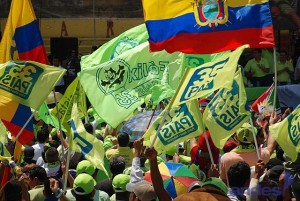 The Socialist Party is calling on its militants, supporters, allies, mayors, governors, leaders of the Unidos bloc, said Marcela Aguinaga, second vice president of the Assembly and director of Alianza PAIS in Guayas, when referring to the marches that will take place the day of the debate on the amendments.

Thus they expect to counteract the presence of opposition groups, who on Friday declared themselves in permanent vigil. Juan Salazar, political head of AP in Guayas, said that a group of people will travel on behalf of the province. “We are more and they will not have any chance to occupy any place outside the Assembly.”