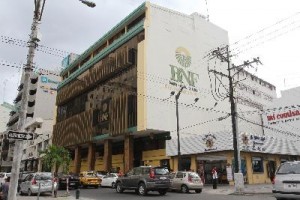 By their alleged authorship in an offence of embezzlement, seven former executives of the Banco Nacional de Fomento (BNF), Guayaquil branch, face an appeal to trial with pre-trial detention order. Such crime would have affected by nearly a million dollars to various courts of the Provincial Court of Guayas, in accounts that are maintained by concept of judicial deposits.

The judge of the criminal unit North N ° 2 Alban Borja, Reynaldo Cevallos, hosted – last Monday – an opinion which Prosecutor Juan Martínez accused the former officials of the offence defined in article 257 of the Penal Code that repress with 8 to 12 years of imprisonment more ordinary.

The research had as background a complaint by Marcelo Moreira García, Deputy Manager of the BNF (Guayaquil Branch), where it would have detected the anomaly.

As explained to the complainant, on April 8, 2013, an official of the entity did know about a payment of 8.776,21 dollars that had been performed four days before, by concept of judicial deposits (related to payments of fines, bail, among others). After verification, they proved that the customer had never approached to the window for any transaction.

The supposed beneficiaries declared never having received money, nor have signed documents of withdrawals from the BNF of Guayaquil. In addition, firms stamped in cash receipts were adulterated and that they did not know the main involved in the case, denying any liability.