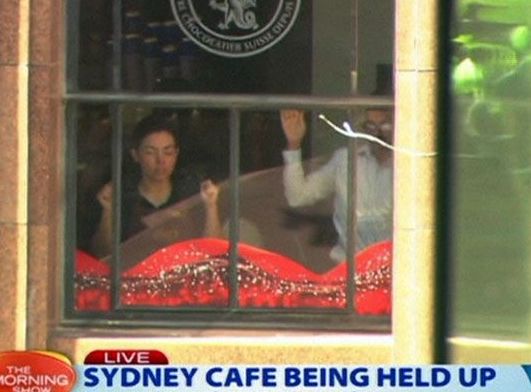 An armed man of Arab origin kidnapped on Monday morning (local time) several people at a cafe in Sydney, without reports of injured people so far.

Dozens of police surrounding the Lindt Chocolat Café, an establishment located in Martin Place, a pedestrian plaza of the financial district in the Sydney downtown.

Seven hours after the start of the taking of hostages, three men and two women have managed to leave the coffee at two different times, Australian police said.

Television images showed in the windows of the cafe a black flag with Arabic inscription “There is no God but Allah, Muhammad is the messenger of Allah,” a flag often used by jihadi groups, according to local government.

A police source revealed that the kidnapper would be Man Haron Monis, an Islamic cleric from Iran, 49 years old, previously convicted of sexual abuse and known for mailing hatred letters to the families of Australian soldiers killed in operations abroad.

The information on the operation “in progress” is guarded jealously by the authorities, who have posted a total “no more than 30 hostages.”