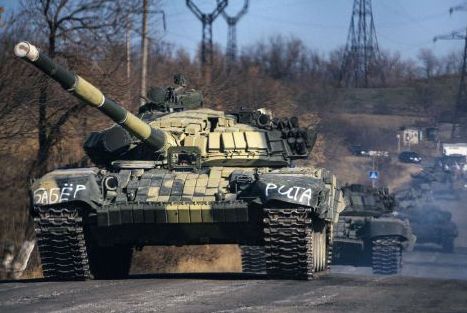 The Ukrainian military has denounced the entry of 32 Russian tanks, 16 sets of artillery shells and 30 trucks with ammunition and fighters.

The convoy arrived to eastern Ukraine on Thursday, and is directed to the town of Krasny Luch, in the Lugansk region, according to the spokesman of the Ukrainian Council of Defense and Security, Andri Lysenko.

Moreover, according to Lysenko, another column of trucks carrying three mobile radar stations entered  in Ukraine by the Izvarino border crossing.

“The deployment of Russian military equipment and mercenaries continued on the front lines,” said Lysenko to the media, warning of an alleged border incursion by Russia.

NATO also stated through a spokesman: “We are aware of the reports of Russian troops and tanks crossing the border between Ukraine and Russia and are looking into these reports.”

For his part, the Russian Defense Ministry denied the accusations of violating the border, replying by a press note that “these statements were made with reference to certain” messages “without providing real evidence.”