Alvaro Noboa vote accompanied by the Legislature hopefuls of his party 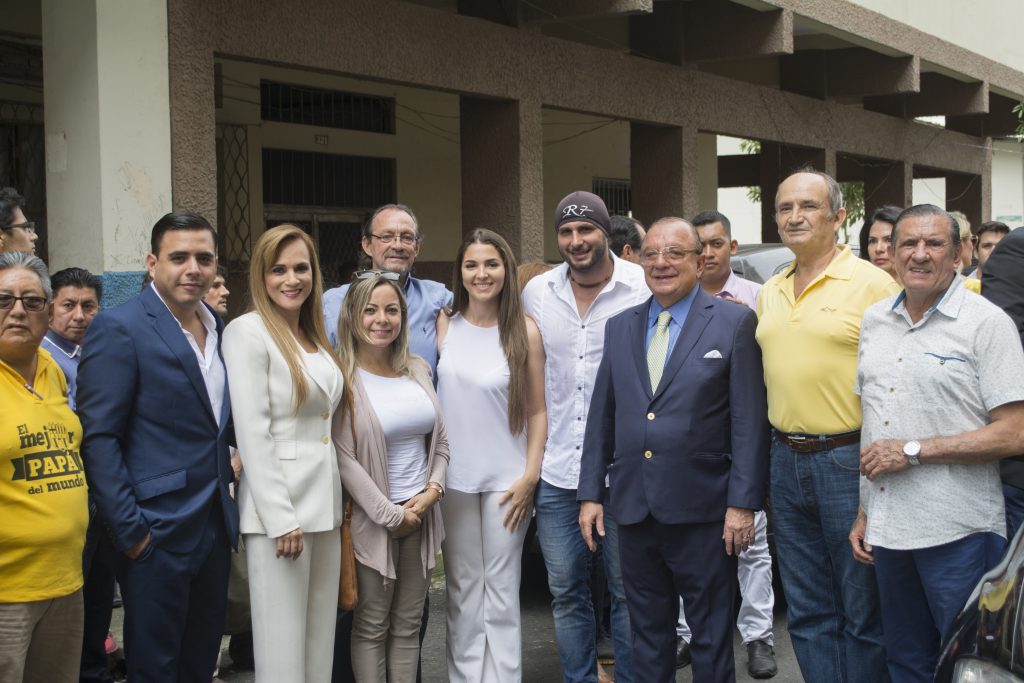 Businessman Alvaro Noboa exercised his right to suffrage on the morning of Sunday, February 19, accompanied by his wife Dr. Anabella Azín, and the Legislature candidates who represent the Guayas province.

The leader of the Adelante Ecuatoriano Adelante party approached the polling station No. 18 of the Santa Mariana de Jesus High School, where he showed his entourage that he voted No in the referendum and voted for the National and Provincial Assembly Members and the Andean Parliamentarian of his party.

And for President “I voted for the one who appears in 2nd place in most polls,” Noboa announced. He then accompanied Isis Zurita, a Legislature candidate representing District 3 of the Guayas province to vote and stated his pride in being part of the Adelante Ecuatoriano Adelante party.