An alert activated the investigation of the Alvarado 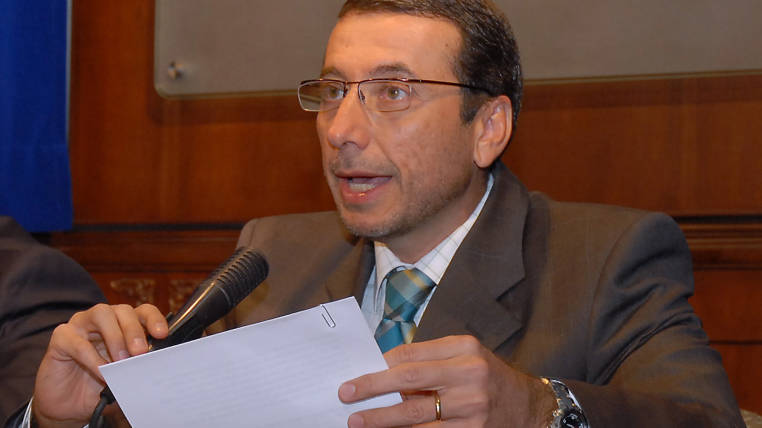 A ‘strategic alert’ was the first step to start the investigation against the brothers Vinicio and Fernando Alvarado Espinel. It happened on October 16, 2017. From there, the Financial and Economic Analysis Unit (UAFE) reviewed seven sources of information on two of the officials closest to former President Rafael Correa.

The 60-page report does not reveal who gave that alert. The document is already in the hands of the Office of the Prosecutor. The work was done based on the provisions of the Law on Prevention, Detection and Eradication of the Crime of Asset Laundering and Crime Financing.

According to the former prosecutor and freelance lawyer Mauricio Garrido, the Unit can make its analysis ex officio, at the request of the Prosecutor, because they saw some news in the media, because someone made an anonymous report or a report of any subject required to report … There is no, explained to EXPRESO, “a legal definition of strategic alert”.

In any case, that initial alert ended in a “report of unusual and unjustified operations” that includes Alvarado Espinel, eight of his relatives and five related companies.

His mainstay was the advertising business, especially, tied to the firm Creacional S. A., whose main shareholder is Vinicio Alvarado, with 98.57%. The remaining 1.43% is owned by the ex-official’s mother. In seven years, the revenues of that firm were only upwards: they went from 9.8 million to 24.3 million.

During that time, he was national secretary of the Public Administration, coordinating minister of Productivity and Minister of Tourism. He was also the mastermind behind the electoral propaganda of Alianza PAIS. According to the UAFE, Alvarado’s link with Creacional began in 2003 when it acquired all of the shares.

On January 25, 2007 he made a capital increase of $ 28,000. Ten days before, highlights the Unit, “assumed the functions of general secretary of the Public Administration.” Currently, the company domiciled in Guayaquil has a capital of $ 30,800 and maintains five bank accounts. Creational, however, also has links to the outside: sent money to USA, Ireland and Chile.

He also received money from outside. The main transfer originator is Gothland Ltd., domiciled in the Cayman Islands, which made 21 transactions for $ 593,988. These islands are a tax haven. The previous Government condemned, over 10 years, the business with tax havens.

Another coincidence that details the report of unusual operations has to do with the clients of Creacional: the channels seized TC Televisión and GamaTV, in addition to Televisión Satelital (whose founding shareholders were Jorge Glas Espinel and Ricardo Rivera, now sentenced to six years in prison for illicit association in Odebrecht’s corruption scheme). The Brazilian firm was also a client of the Alvarado from 2013 to 2016: they made transfers for 441,475 dollars

Between 2013 and 2016, Vinicio Alvarado’s company reported revenues of 55.4 million dollars in its Income Tax returns. However, says the report of the Financial Analysis Unit, in that same period “95.1 million dollars are credited to their accounts.”

According to the Unit, two of the main beneficiaries of check payments were two employees of the company.

campaign Relations with other advertising companies also involved family ties. The daughter of Vinicio Alvarado worked, under dependency, in Vértigo Films Cía. Ltda. She received, between 2013 and 2015, a remuneration of 555,877.28 dollars.

The irregularities? The first: She was the executive producer of the tourism campaign ‘All you need is Ecuador’, created by her father from the Ministry of Tourism.

The second: According to the UAFE, between 2010 and 2017 it registers accreditations for 41,044 dollars, but it does not have income tax returns.

The links of the firm Percrea Cía.

The links of the firm Percrea Cía. Fernando Alvarado, Vinicio’s brother, former Secretary of Communication and former Minister of Tourism, reported income of $ 808,200, according to the report of the Financial Analysis Unit.

He, in addition to public office, was also a shareholder of the company Percrea Cía. Ltda. “Creative profile”, says the document. In that company is another shareholder of the brothers, Carlos Alvarado Espinel. This company also received millionaire transfers from another advertising agency that did business with the Alvarado. (I)