The Foreign Ministry of Ecuador reported this Monday that Mexican authorities confirmed that an Ecuadorian citizen is among the fatalities of the accident due to the overturning of a trailer that occurred in December in Chiapas. 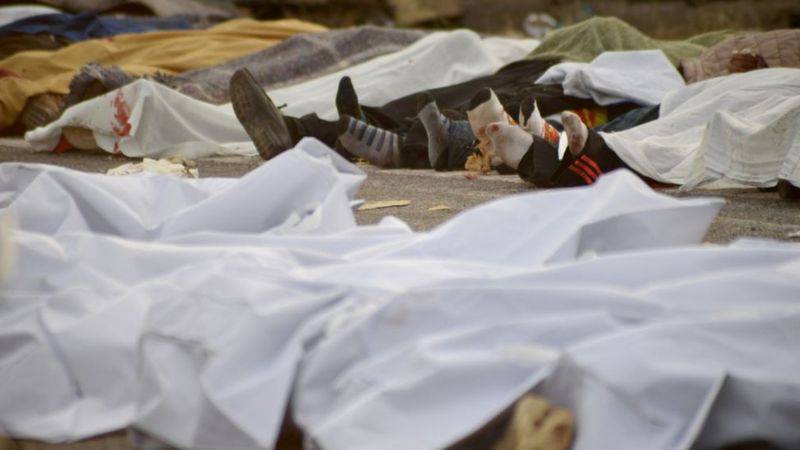 The accident, in which more than 50 people lost their lives, occurred in the town of Tluxtla Guerrero, in southern Mexico.

In a precise statement that the Attorney General’s Office of Mexico confirmed “the finding of a compatriot among the fatal victims of the unfortunate accident that occurred on December 9 in the Tuxtla, Chiapas sector.”

The Ministry of Foreign Relations and Human Mobility carries out procedures through the Ecuadorian Embassy in Mexico to facilitate the process of repatriation of the compatriot’s remains to Ecuador.

And he adds that the Mexican Government has agreed to bear all the costs of the transfer, a process in which the Ecuadorian authorities coordinate the procedures required for it to be completed.

Likewise, and through Zonal Directorate 9, the Ecuadorian Foreign Ministry has contacted the victim’s family to provide “the necessary support, and so that the repatriation process is completed in the shortest possible time,” the note concludes.

The Foreign Ministry reported last month the existence of three Ecuadorians injured in the accident of a trailer transporting migrants of different nationalities that occurred on December 9 in the state of Chiapas, located in southwestern Mexico.

The vehicle, which was transporting some 150 migrants of different nationalities, hit the wall of a pedestrian bridge and overturned, leaving more than 50 fatalities. (I)

The US studies carrying out works on the Coca river