Ana Katuska Drouet: ‘We want to boost leadership position in the aquaculture sector’ 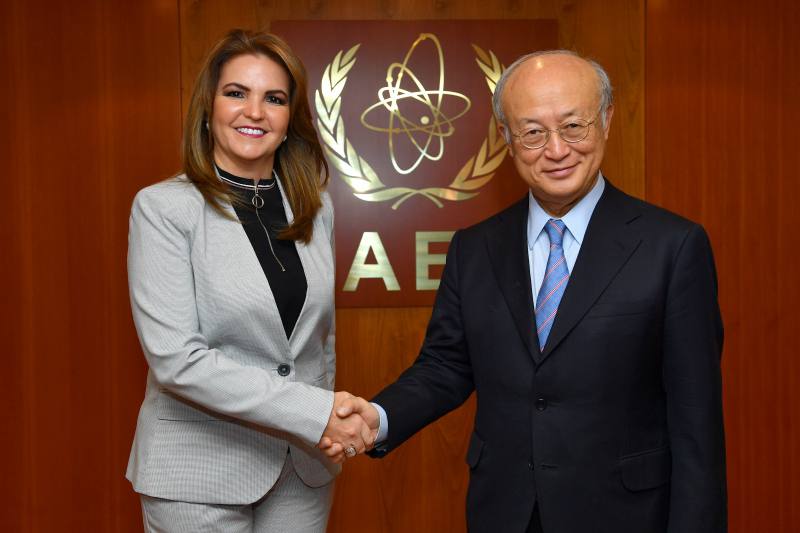 The aquaculture sector has had an increase in its production and exports in recent years, with an annual growth of 7.5% in 2017, doubling the rate of the national economy, reported Ana Katuska Drouet, Minister of Aquaculture and Fisheries, in the framework of the IX Symposium Nicovita More 2018, in Panama.

What is the current situation of the shrimp sector?

Ecuador has been and will continue to be an eminently shrimp country. With the private sector we work to develop sustainability factors in the value chain of this activity in areas such as certification of species management, access to markets through quality, technification of processes and crops.

The country is a leader at the fishing and aquaculture level and we want to ratify and strengthen this position, but on both sides of the scale, public and private, there are challenges …

How is the market behaving?

Aquaculture registered an annual growth of 7.5% in 2017, doubling the rate of the national economy that reached 3% in real terms. The combination of these actions plus the growing demand from Asia and Brazil opened the way for shrimp exports to reach $ 3 billion last year, slightly surpassing the banana sector that had maintained the leadership of non-oil exports in the last four decades.

Shrimp exports increased by 15% in gross terms, around 426 thousand metric tons in 2017, eleven times more than in 2000 when the industry was hit by the white spot. In this last point it should be noted that the increase was due to the increase in planting densities per hectare, the use of diets in line with the cultivated species and new farming systems that have allowed up to five annual harvests.

From the Ministry what projects are being executed?

Together with the National Electricity Corporation and the Ministry of Electricity, we are working on the electrification of the sector, to electrify some 100 thousand hectares, almost 50% of the operating surface, in four years, and thus achieve an increase of 30% in the production in those properties. The State will invest $ 200 million in infrastructure for the provision of electric service, and companies must invest at least $ 550 million. Based on the average growth of the past decade and under normal productive conditions it is determined that shrimp production could have an annual increase of 12%, so by 2021 it would reach 781 thousand metric tons. (I)