Although Andrés Arauz was listed in the name of the Central Bank of Ecuador between July 2006 and May 2020, most of his time in the public sector was spent in other State institutions. It was not until 2020 that Arauz ceased to be recorded in the Central Bank’s records, where he appeared as a payment systems specialist 1 for 14 years and then in the position of banking consultant, from May 2017 to 2020. 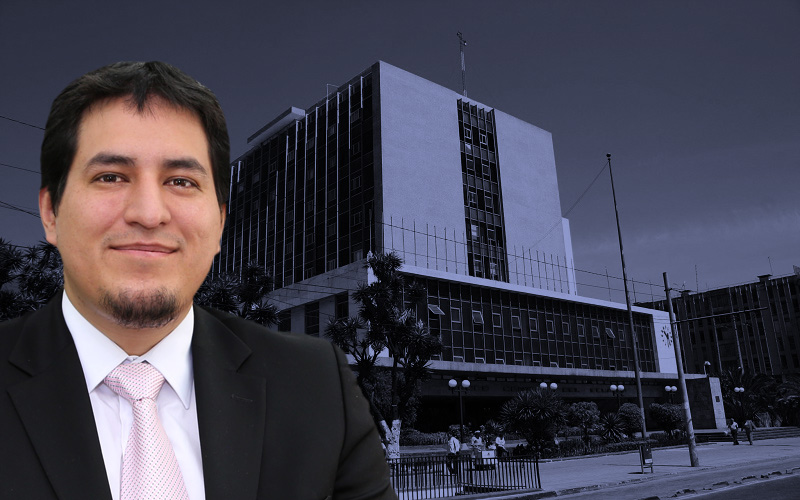 In that year, Arauz appeared on a list of servers disengaged as a result of a compulsory resignation purchase with compensation. According to the Central Bank records, on May 8, 2020, his mandatory resignation purchase was made official in the position he held in the National Directorate of Payment Systems. During 2020, another 12 people, in addition to Arauz, left the Central Bank of Ecuador with the same mechanism. Arauz received USD 27,500.

List of Servants unrelated to the Central Bank of Ecuador for “compulsory resignation purchase with compensation.”

He then traveled to Mexico, where he was accepted for a doctorate at the National Autonomous University of Mexico, so he never rejoined his position at the Central Bank. According to a report from the Central Bank, of the 12 years that Arauz was appointed to the entity, up to ten spent either on service commissions or on unpaid leave, so his functions were covered with provisional appointments.

BELOW: The sworn wealth declarations of Andrés Arauz, where it is shown that he worked at the Central Bank of Ecuador, during the Lenín Moreno government, until 2020.

The beaches will be closed during the Easter holiday