Thirty-one imposing and strong gazes rise to about eight meters high, each gaze belongs to a brave, an angel, someone who decided to continue serving others in the midst of horror. First line Guayaquil is called the mural that aims to pay tribute to the heroes of the COVID-19 pandemic. 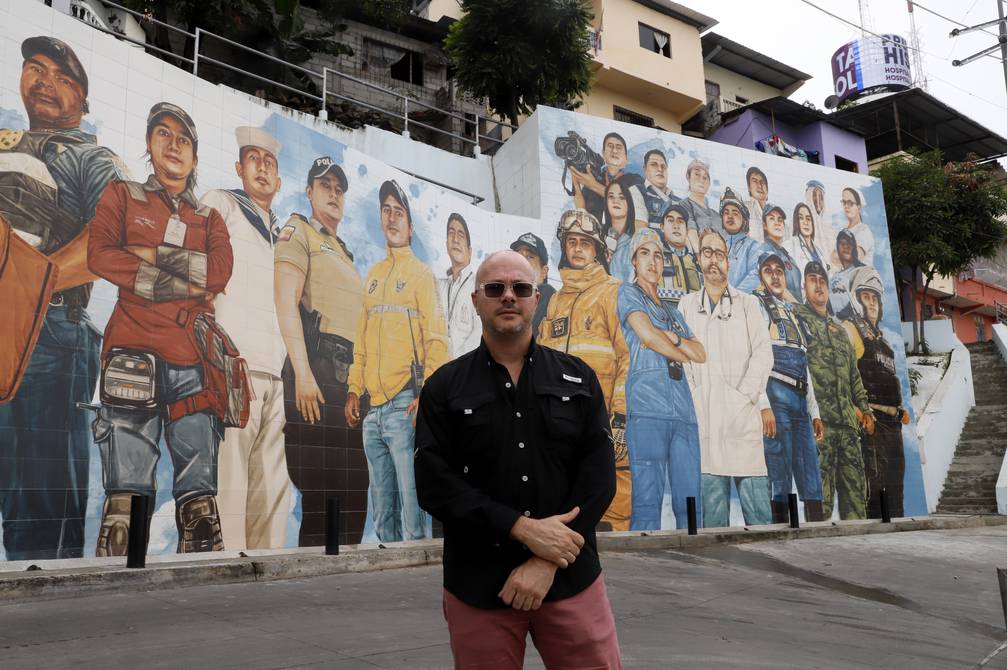 Its author is the visual artist Juan Pablo Toral, who together with his team worked for eight months on the 35-meter-wide mural located on Cerro del Carmen.

A doctor, a worker from the drinking water company, a delivery man, a garbage collector, a police lieutenant, a cameraman, a journalist, a nurse, among others, are part of the mural work that has the celestial background and white that alludes to the flag of Guayaquil. Real people who were summoned by Toral. “There are a number of anecdotes behind each one, because each person and each institution lived through the pandemic from their point of view and perspective (…), stories linked by the same misfortune,” he says.

He explains that he approached some institutions and companies to which he asked them to refer workers to represent his colleagues. “All these people were summoned through the directors, the bosses or the people who run the institutions (…). I did my best to ensure that they are real people, that there is no favoritism of any kind, ”he says about the work that was supported by the Guayaquil Mayor’s Office.

Ecuador has imported 378,950 doses of the Pfizer vaccine against covid-19