Andrés Páez said in Manabí that he will investigate Rafael Correa 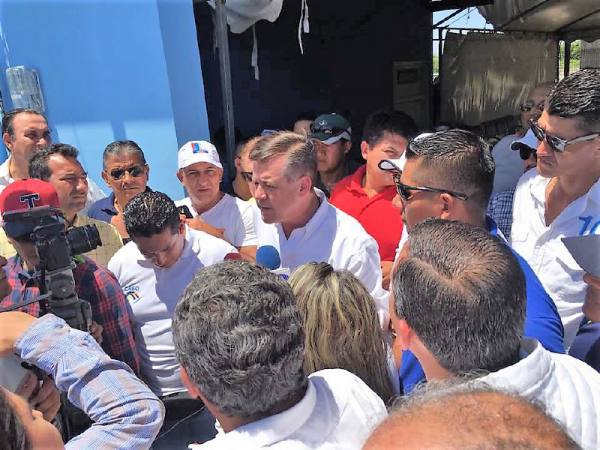 Andrés Páez, vice-presidential candidate for CREO-SUMA alliance, arrived yesterday in the Manabí province, three days after the visit of his companion, Guillermo Lasso.

“This is a follow up to Lasso´s visit, on Saturday…” said Páez, whose caravan, unlike the presidential one, was not hampered by Alianza Pais people.

Páez said that he went to Manabí to defend the CREO-SUMA movement from “the slander campaign full of offenses the government has started against us in that province, when we haven´t done a single offense”.

He also took the opportunity to repeat some campaign promises, like eliminating the Senescyt and increasing the Human Development Bonus to elderly and people with disabilities. “I want to take the opportunity to tell the ´Manabas´ to not believe in lies, since this government is determined with a campaign of lies. If they want to raise the Bonus to $150, why haven´t they done it already…?” said Páez.

Guillermo Lasso: The voters are the owners of the votes, not the pollsters