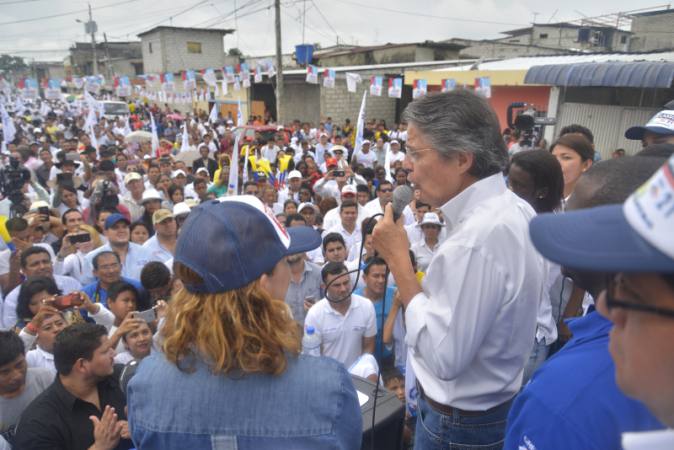 Presidential candidate from the CREO-SUMA alliance, Guillermo Lasso, said during a radio interview that he is the target of a dirty campaign, coming from the public media and those that were seized by the government. “TC Mi Canal, Gama, Ecuador TV and El Telegrafo Diary, all of them are being used to blur my image and this shows that we are having a fight between Goliat, represented as the government and its candidate, Lenin Moreno, and David, represented by us citizens, that don´t have control over the public institutions” he said.

Because of this, Lasso sent a letter to Luis Almagro, general secretary of the Organization of American States (OAS), asking his “immediate pronunciation about the dramatic situation Ecuador is living, and perform the necessary diplomatic movements to guarantee the democratic order in our country…”