Antonio Ricaurte´s resignation to the Metropolitan Council of Quito 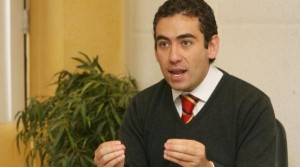 Friday, Antonio Ricaurte announced he will resign to his charge at the Metropolitan Council of Quito.

“I resign for the infinite love to my family, and #Quito, and I hope that the name of the Metropolitan Council of Quito is not stained anymore,” he wrote in his Twitter account.

In a conversation with El Comercio newspaper he said he had taken that decision “for the sake of his family,” as his priority now are his children and wife. He made it clear that this is not a definitive abandonment of political life and he will take some time. He also wished success to the administration of Mayor Rodas, whom he considers a friend.

In addition, he made clear that his departure will help to ensure the recovery of peace within the Council, since that is not a space for airing personal matters.