Antony Blinken spoke about the importance and risks of democracy

On the morning of this Wednesday, October 20, in a conference offered at the San Francisco de Quito University, before his trip to Bogotá-Colombia, the Secretary of State of the United States (USA), Antony Blinken, spoke about the importance and risks of democracy. 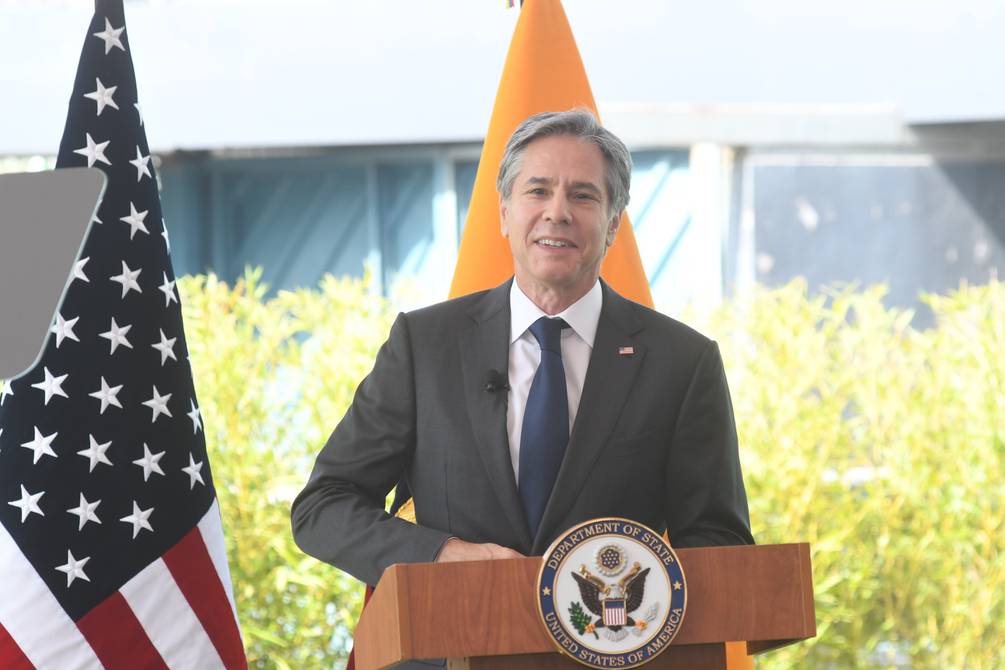 US Secretary of State Antony Blinken in a conference at San Francisco University.

Blinken reflected: Consider a country where a leader is elected in free and fair elections, but over time puts the pillars of democracy at risk by attacking press freedom, undermining the independence of justice, threatening opponents, making anti-democratic reforms. “That is the history of our democracy in this hemisphere,” he said, referring to the political life of Ecuador in the last decade.

He also reviewed how the COVID-19 pandemic devastated the Ecuadorian health system, amid corruption scandals over the overpricing of public contracts for medical materials. He congratulated that journalists have brought these facts to light and that the Ecuadorian justice has prosecuted those involved, as an example of how democracy works.

“Some countries in the region have tried to bring social and economic development through undemocratic systems and they have failed; on the other hand, with very few exceptions, democratic governments have established a period of unprecedented prosperity, security and stability,” he said.

Blinken gave as an example the life and professional trajectory of the State Attorney General, Diana Salazar, and the indigenous leader Nina Gualinga to point out that, despite having many factors against them, they managed to get ahead within a democratic system.

Regarding migration, the secretary said that in the Americas we are experiencing waves of irregular migration from Venezuela, Nicaragua, Haiti, which is a problem of shared responsibility, and that the US Government works for legal and regular migration and that the asylum system must be strengthened with more resources to recover it. (I)