Last Thursday during the day’s session in the Plenary of the National Assembly, Assemblywoman of Alianza PAIS (AP), Soledad Buendia, who is also coordinator of the ruling bloc, proposed a constitutional amendment to Articles 114 and 144 so that elected officials can be reelected, consecutively or not, for the same office; and for the President to remain in office four years and may be reelected.

Most Assembly members of the ruling bloc suggests that the “reform” should be approved by the Plenary with debates, ie an “amendment,” thus a referendum would not be required.

However, the proposal should be treated with urgency and speed if it aims to join the original goal of reelection for the president alone, considering that the general elections of 2017 will be summoned in 2016. 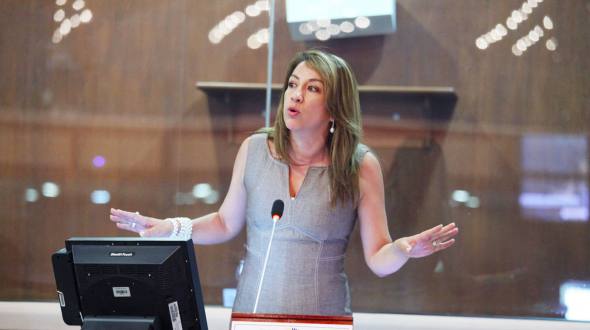 Soledad Buendia proposed that elected officials by the people, should be able to be reelected consecutively or not.