AP proposes to include ‘snacks’ in tax hike 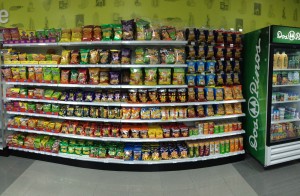 Legislator Vanessa Fajardo (AP), of the Commission of the Economic System, proposed that snacks with high sugar content are included in the tax increment that will be made with the approval of the bill for the balance of the Public Finance, which is processed by the assembly.

This proposal is added to other two that already were included in the report for first debate and also emerged from AP: not one, but two cents per cigarette and $ 0.25 per liter of beverage with a larger content than 25 grams of sugar or its equivalent in artificial sweeteners added per liter, including powder mixtures for beverages.

Fajardo requested information from the public and private sectors on this subject and this analysis will determine if the snacks are included in the report for the second debate, as well as whether the increase in taxes on alcoholic and sugary drinks is gradual, according to the alcohol degree and the amount of sugar.