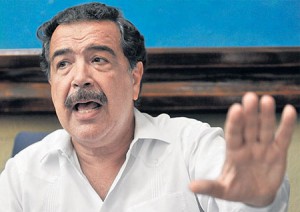 103 witnesses were summoned for the trial in ‘Las Dolores’ case yesterday, of these, only four attended. The judge of the National Court, Wilson Merino, said: “The court issues the detention of all witnesses that have not come to this hearing,” after declaring failed the hearing. One of the arrest warrants requested is against the Guayaquil Mayor Jaime Nebot because of his absence at the meeting, said the Prosecutor, Galo Chiriboga.

The lack of witnesses and one of the defendants, did not allow to start the prosecution of 11 of the 18 suspects for alleged murder.

Chiriboga, on the judge’s decision said: “The judge acted too harshly … not taking into account that we have spent a long holiday in which a lot of people from Guayaquil, have not yet returned to their city.” However, he added: “We respect what the judges say, even if we do not agree”.