Assange Has to Pay a Bail 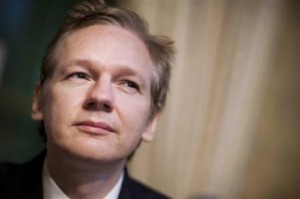 The founder of Wikileaks, Julian Assange, was granted bail (240,000 euros- 282,720 sterling pounds) on Tuesday, after being imprisoned in a solitary confinement for a week on charges of alleged sex crimes.

The judge of the court of first instance in Westminster, Howard Riddle, put several conditions on the Australian before granting him the freedom while he is processing an extradition to Sweden. Besides paying his bail, Assange must wear an electronic monitoring bracelet and leave his passport in hands of the police.

The Swedish Prosecution, due to sexual assault crimes against two women on August in Sweden, wants the 39 year-old computer expert.

A crowd gathered outside the prosecutor’s office in London to support Assange, they were happy to hear that he would finally be free.

Teach for America Helping for 20 years