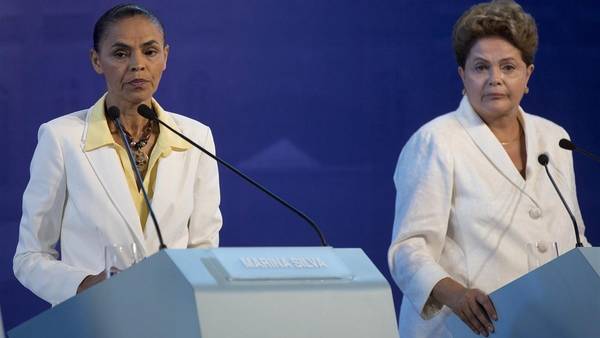 The election campaign heats up six days from an election with an uncertain ending in Brazil, with crossed attacks in the midst of polls showing the current President Dilma Rousseff strengthening against the candidate Marina Silva, although both are still tied in a likely ballot.

With little time to convince the 20% of the electorate still undecided, the presidential candidates were directly to attack in a presidential debate that lasted until early hours of September 29 in the Record TV.

Rousseff’s priority was to attack Silva, whom she accused, among other things, of lying to the voters in stating that when she was a senator, she voted for a tax to finance the improvement of public services in the country.

Silva chose to attack the president for public safety. “About 56,000 people are killed each year” in Brazil, she said.

“Unfortunately the erratic policies of the current government has collaborated in this type of crime and violence,” she said.