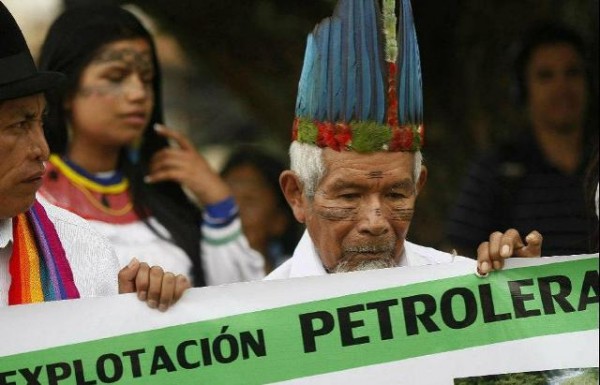 The Sarayaku people is prepared to receive on October 1 the public apologies that the State must make according to the judgment issued by the Inter-American Court of Human Rights (IACHR), based in Costa Rica, in June 2012.

Attorney Diego Garcia, along with the Ministers of Justice, Ledy Zúñiga; of Environment, Lorena Tapia; of Non-Renewable Resources, Pedro Merizalde, and Defense, Fernando Cordero, will represent the State.

The decision of the Court held that the State should recognize its responsibility at a public event and pay compensation for damages caused to that nationality for having authorized the entry of the General oil Company (CGC) in their territory without consent.

On November 14, 2013, the then Minister of Justice, Lenin Lara, appeared in a weekly address, in which he submitted his apologies: “We are confident that events like these never happen again,” he said; however, this action was not recognized by the community.

Mario Melo, Lawyer of the Sarayaku, said that the sentence indicated that the act of apology should be made ​​in consensus with the community. “We believe we have reached with great maturity a mechanism to apologize, that will be satisfactory to the parts,” he said.

The need for a query is evaluated for Rural Land Law