Augusto de la Torre: “the projections of the central bank must modernize” 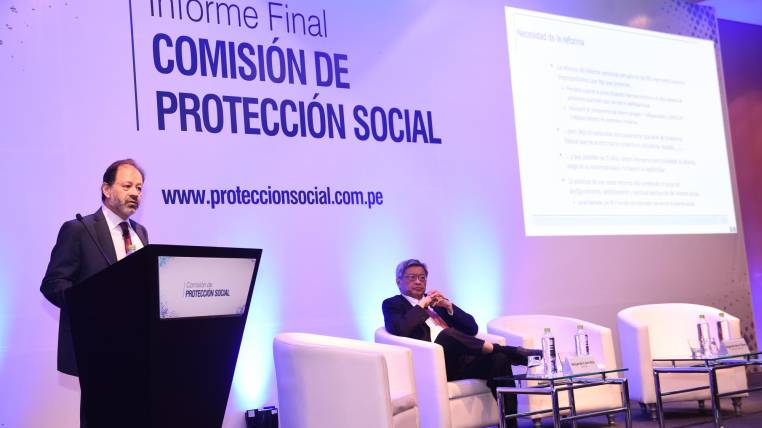 In past weeks, at the World Economic Forum 2018 held in Davos, it was pointed out that the Gross Domestic Product (GDP) is an obsolete and unreliable indicator to measure the growth of a country’s economy.

In the case of Ecuador, the International Monetary Fund (IMF) has had to correct its projections abruptly. For example, in principle it estimated that Ecuador would grow 0.2% in 2018 and at the beginning of the year it changed the figure to 2.2%. Inside, the data of the Central Bank of Ecuador have also been questioned.

Why did the IMF figures change drastically?

It may be that the 2017 projection is going to adjust up. So, perhaps persistence of public spending and consumer spending associated with indebtedness is being detected. But I can not indicate a specific reason.

Beyond the IMF, why are the estimates of multilateral organizations usually somewhat pessimistic with Ecuador?

I can not tell you. The projections have become a business full of uncertainties. The world has become more difficult to predict. If you see the IMF’s projections for Latin America from 2012 to 2016, they were more optimistic than what happened. What is happening is that there are structural changes in economic reality that can not be captured only by looking at the data of past years.

Do multilateral organizations make their predictions with an ideological prejudice?

Should other aspects be considered to calculate economic growth? In Davos there was even talk of the black market.

There you have a topic that is fascinating. In many Latin American economies there is a lot of informality, in which sometimes their figures are not calculated well because they are not linked to processes of collection of taxes or the banking system, which are more transparent. For example, the activity associated with drug trafficking and illicit money are in the real economy. They are generating purchases, sales and transactions, but they are not reported as other formal activities. It is very possible that we are mistaken about the real economic activity because we are not capturing the effects of illicit activities well. In a dollarized country like Ecuador, there may be more attractiveness to launder money.

And what about the projections of the Central Bank?

In the process of change of base year should this improvement begin?

I think so. I think it would be good if there is a United Nations mission that happens in the country for a while. That there is a process of strengthening the accounts. Not only the revision of the base year, but the methods that are used to capture the different variables that are used. (I)