Australia denies entry to citizens from countries affected by Ebola 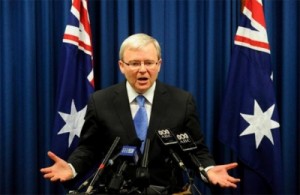 Australia will not issue visas to people who come from Sierra Leone, Liberia and Guinea, where an Ebola outbreak was produced, said today the Minister for Immigration, Scott Morrison. This measure was taken to prevent that the epidemic reaches Australia.

“That means we do not manage any requests for these affected countries,” Morrison said.

Additionally, visas for the citizens of the three countries that were already authorized but have not yet been delivered will be void and those who have a permanent visa must stay 21 days in quarantine before entering the country.

Australia has so far recorded several cases of suspected infected people with the virus but none have yet been confirmed.