Australia: Hostages kidnapped by jihadist are released in Sydney 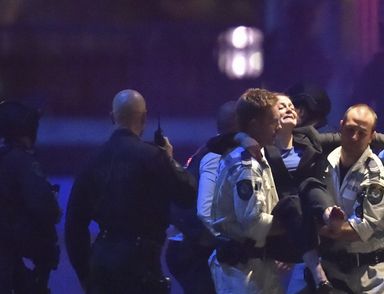 Police in Australia has confirmed the death of three people, including the kidnapper, and four wounded in the operation to free the hostages that were taken today by an alleged Muslim cleric in a cafe in the center of Sydney.

During the operation, 3 people died, including the kidnapper, a “radical Islamist” who was shot dead. The other victims were a man aged 34 and a woman of 38. While four other people were injured.

Australian media said that the police identified the suspect as a Muslim cleric, 50, born in Iran under the name of Manteghi Bourjerdi, who moved to Australia in 1996 and took the name of Man Haron Monis.

Security forces decided to intervene after eighteen hours of kidnapping and acted moments after five people abandonned the local, cutting off the lights of the establishment.

Australian Prime Minister Tony Abbott called the kidnapping an event with “political motivation” and throughout the day met on two occasions with the Committee on Homeland Security.