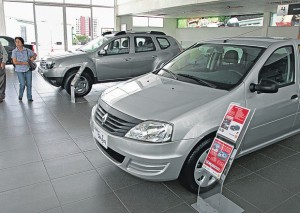 According to figures from the Association of Automotive Companies of Ecuador (Aeade), if sales of 2012 are compared with those of the last six months, the difference is 17,345 cars (-27.10%).

For Manuel Murtinho, general manager of the Ecuadorian Automotive Association (AEA), there are three factors: the reduction of import quotas, the greater rigor in the delivery of loans by banks and the current economic situation.

According to data presented by the Aeade in a document for its members, based on figures from the Superintendency of Banks, the volume of trade credit for the sector to May 2015 contracted by 23.52%.