The presidential announcement that the owners of vehicles valued at more than USD 20,000 will have a contractive effect that will have a direct impact on the sales of these products and, therefore, on the collection of other taxes, assures the Association of Automotive Companies of the Ecuador ( Aeade ). 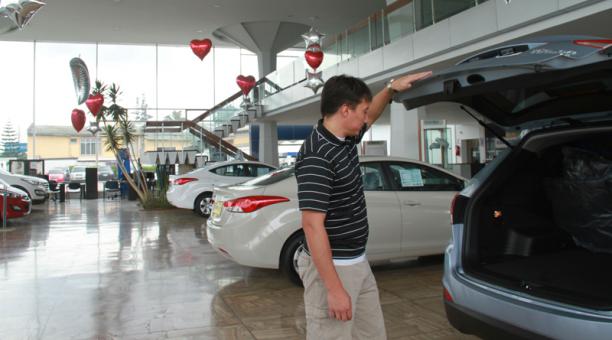 The Association released a statement in which it maintains that “instead of collecting the USD 220 million announced by the Government , this would reduce USD 75 million in tax revenue .”

The measure will be included in an economic bill that will also deal with reforms to the Public Finance Code.

“We assume that this tax would in no way apply to work vehicles. If 36 of these vehicles (which correspond to trucks, buses, taxis and vans) were excluded, those who would effectively pay this
tribute is 110,000 units with a maximum potential collection of USD 165 million and not the 220 million announced by the Government . However, this potential collection does not take into account the contraction of the market due to the economic situation and the effects of this measure, ”reads the statement.

Before the Executive’s intention is known, vehicle marketers already predicted a 10% drop in the market for this year. If the new tax is added, the projections suggest that there will be an additional decrease in sales of up to 15%, which would mean 24,000 units less.

Likewise, the Association indicates that the country has the highest tax burden on vehicles in the region, since Ecuadorian buyers pay eight taxes when they purchase a new car, which triggers the prices of products compared to when they reach the ports.

“These measures do not provide a solution to Ecuador’s structural problems. Challenges such as decreased oil revenues , a country risk exceeding 2,800 points, limited access to international financing, just 38% of full employment and a global economic slowdown ; they must be faced with a strategy of productive reactivation, institutional reforms and an optimization of tax revenues and expenses ”, concludes the Aeade statement.