The recent economic measures, announced by the Government to face a crisis in tax revenues, are viewed with caution from the productive sector . Although these do not have a weighty and direct effect on companies, it is feared that their application will lead to a decrease in liquidity. 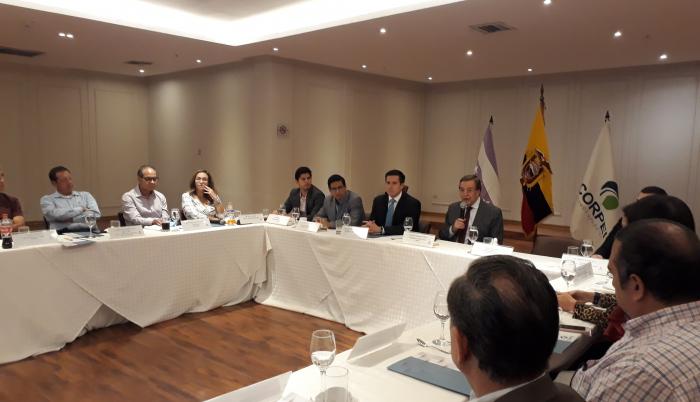 The expectation is in those decisions that could partially affect the liquidity of companies, such as the 0.75% increase in withholdings at the source of Income Tax (IR). Although these values ​​serve as a tax credit, an increase could reduce the petty cash of any business, already affected by the current economic situation.

José Antonio Camposano, president of the National Aquaculture Chamber (CNA) , is waiting to see how these measures will be applied. “There was talk of leaving out the export sector, but it happens that the export chain is made up of a significant number of producers. Insofar as the liquidity of the producer is affected, the exporter does not have how to recover that liquidity that today is already quite affected by the problems derived from the coronavirus, ”argued Camposano, who spoke of the profitability problems facing his sector, due to at a lower payment ($ 1 less per kilo of product) and higher logistics costs.

His statements were made within the framework of a meeting of the Corporation for the Promotion of Exports and Investments (Corpei) , held on March 11, 2020 in Guayaquil, to address the pending issues that the country has in terms of competitiveness.

Eduardo Egas, director of Corpei, also referred to the measures that will be adopted. However, he emphasized the need for greater political will in the country to promote structural changes. “In measures that give us a greater solution . We have so much wealth, for example the wealth that underlies mining and that perhaps by exploiting it well we can pay all the foreign debt. We have to cover the income that oil generated, but for this we have to make a decision, ”he said.

The same will, said Egas, is required in fiscal policy. “For many years we have been paying 3,000 or 4,000 million dollars in subsidies and we have not solved them. We also have regulations that currently make a lesser decrease in public spending almost impossible. ”