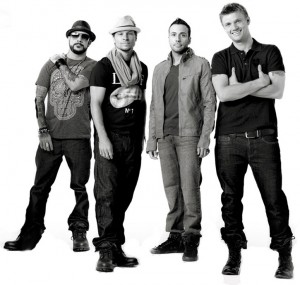 The visit of the Backstreet Boys, one of the most iconic pop boybands of the ’90s, was like a gift to all women who attended the General Rumiñahui stadium in their day of the year (March 8).

Nick, Howie, AJ and Brian jumped through a screen to the stage, causing a 3D effect, to sing their first song “Everybody”, and dance their choreographies with the same energy they did 13 years ago.

More than 10,000 people chanted songs like “As Long As You Love Me,” “Quit Playing Games With My Heart”, “I’ll Never Break Your Heart” and “Shape of my heart” in Quito.

The quartet made ​​four breaks to change their outfits while the audience watched four videos of the band resembling Hollywood movies “The Fast And The Furious,” “Fight Club,” “Enchanted,” and “The Matrix”.

The show lasted two hours and the band said their tour “This is Us” would have been “Incomplete” if they had not visited Ecuador.

Risk of Radioactive Leak in Japan