Despite having a positive attitude towards the Monetary and Financial Code, a government initiative, on Monday representatives of private banks handed over the Presidency of the Republic, with a document with topics containing questions regarding the content of the text in the code.

This was explained on last Tuesday by Antonio Acosta, deputy chairman of Banco Pichincha, who along with Vicente Vallarino, of the Banco Bolivariano; Ricardo Cuesta, of the Produbanco and Angelo Caputti, of the Banco Guayaquil, exposed to Correa and to other authorities of the sector, with concerns about the Monetary Code.

Among the points that worries the sector there is the addressing of credit as they say the draft code does not contain information on compensation or incentives to be given to banks that meet the location of loans where the government sees fit. They also explained that the biggest problem is that if the state decides who to give these resources, banks will lose spaces in the risk assessment that ensures their solvency.

Alexis Mera, legal secretary of the Presidency, said the banking claims were heard and some will even be included in the veto. The Managing of Liquidity Fund will be detailed to the relief of the representatives of the sector. 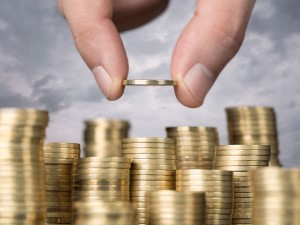 Ecuador will intervene in regional forum in Guatemala