Barack Obama is sued for abuse of power 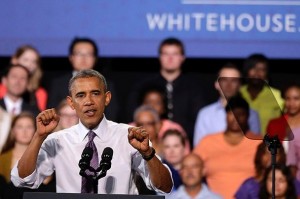 The House of Representatives of the United States, controlled by the Republican Party, yesterday approved with 225 votes in favor and 201 against, the initiation of a lawsuit against President Barack Obama for abuse of power.

This authorization allows the President of the body John Boehner, to start legal proceedings against Obama, accusing him of violating his constitutional responsibilities by not faithfully applying the law to reform the health system in 2010.

The indictment is considered an unusual process and qualified as electoralist by Democrats, precisely because the Republicans hate this reform, dubbed “Obamacare.”

“President Obama overstepped his constitutional authority and responsibility to the House of Representatives to defend the Constitution,” said John Boehner, according to AFP.