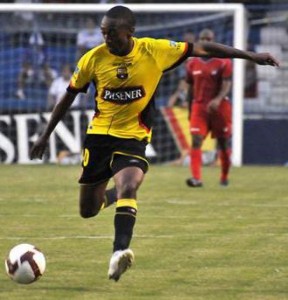 After nine games from its last victory on September 12, Barcelona under the direction of Ruben Dario Insua, the team achieved a victory on Sunday 7, after defeating Deportivo Olmedo with a score of 1-0.

This achievement places the yellow team on the third place with 68 points, allowing it to enter the group of “Copa Libertadores” 2011.