Barrel of Ecuadorian crude closed at $ 35.79 in August 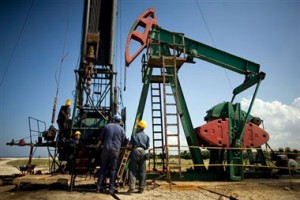 According to information from the National Information Service, the Ecuadorian crude settled in August at $ 35.79, these accounts are out of the balance of the General State Budget (PGE for its Spanish acronym).

“If the point of equilibrium, as it is now, is less than $ 39.4, the budget receives $ 0,” President Correa said last week. He explained that with the total oil revenues, the State must pay production costs of Petroamazonas and Petroecuador, private oil prices and import costs. The surplus goes to the budget, but with the low price, there is no surplus.

This cost, however, is above the figure that had been mentioned by Correa, when indicating that Ecuador was prepared to extreme scenarios as an oil price of $ 20.