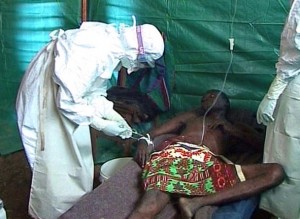 The Doctors Without Borders (DWB) agency said on Tuesday that the world is “losing the battle” against Ebola, and called for a world response to a global biological disaster and to provide aid in West Africa.

The international president of MSF, Joanne Liu, during a briefing at the UN headquarters in New York, said: “Six months with the worst outbreak of Ebola in history, the world is losing the battle. The leaders fail to take appropriate measures against this transnational threat. ”

“The announcement (of WHO) on August 8 that the epidemic constitutes a ‘public health emergency of international concern´ that failed to take decisive action and the states are maintained in a global coalition of inaction,” the representative added.