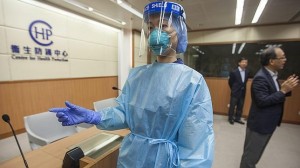 The Chinese Army has authorized the production of the first drug developed in this country to fight the Ebola virus, as reported yesterday, Monday August 31, the Chinese state TV CCTV.

The drug, called “JK-05,” was developed after five years of work by the Institute of Microbiology and Epidemiology of the Academy of Military Medical Sciences.

The medicine acts at micro level and “selectively contains RNA polymerase of the Ebola virus to inhibit its replication,” said to CCTV the Professor Hongguan Wang, Director of the research team of the academy.