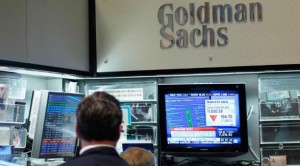 The Central Bank of Ecuador (BCE for its Spanish acronym) announced it invested some of its gold reserves ( 466,000 ounces) in the international market. This was done through the Goldman Sachs International U.S. bank , a company that also made a gold operation with Venezuela in 2013.

The BCE added that the metal was invested “in instruments of high safety and liquidity,”  which will generate earnings
The Venezuelan government also turned to Goldman Sachs in October 2013, but in that case the operation included the exchange of gold for currency.

In the case of Ecuador, the BCE indicated that at the end of the operation “The BCE will receive the same quantity and quality of ounces of the invested gold.”

The economist Fausto Ortiz said that the BCE should clarify what the “financial instrument” is, which is used for the investment of gold reserves. He added that it should be clarified whether this mechanism includes the gold exchanging for currencies, like in the Venezuelan case .