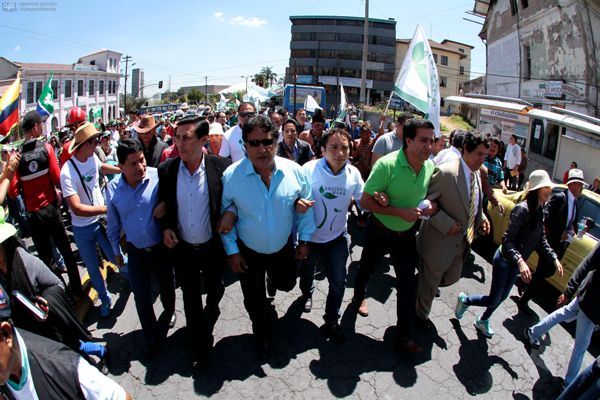 This Thursday the environmental group Amazonia Vive, which supports the government’s proposal to exploit the oil inside the ITT block of the Yasuni National Park, will march today from the El Arbolito park to the Carondelet Palace, to grant President Rafael Correa with all the support signatures to the cause, gathered by the group.

According to the leader of the group, Yoffre Poma, the walk starts at 10:00 am, and ensures that the more than 1 million signatures collected in all provinces  are a symbol, since the group withdrew its request for referendum, after the National Electoral Council (CNE for its Spanish acronym) determined that the other environmental group against the objective of the government, YASunidos, did not meet the minimum requirement of signatures.

On its behalf, YASunidos will meet with other organizations to speak on environmental conflicts in the Prometeo Theater and later on they will move to the Ministry of Environment to deliver a letter denouncing the granting of the environmental license for the oil extraction in the ITT.

Furthermore, from 16:00, the YASunidos group hopes to make a pots & pans protest near the Ministry of Agriculture where, along with a popular party, they will demand over the Yasuni issue and other environmental problems.