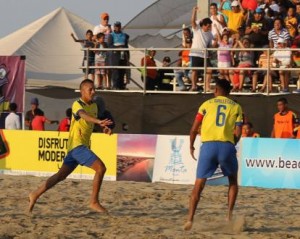 The Ecuadorian team defeated the Chilean team 5-4, with which it classifies to the semifinals of the South American Beach Soccer Championship, which is held in Manta.

With goals by La Tuza Moreira, Daniel Cedeño, Virley Conforme and Horacio Ceballos the tricolor team obtained the triumph in a close game. Today Uruguay will play against Peru at 13h00, Chile against Colombia at 14:15 and Brazil will face Argentina at 15.30, so that the white and blue team will define its classification.