Since he was 15 years old, the life of Guayaquil native Bernardo Manzano Díaz, now 55, the third Minister of Agriculture and Livestock of the government of Guillermo Lasso, was linked to the countryside, as well as labor-related with businessman Álvaro Noboa during the last three decades. 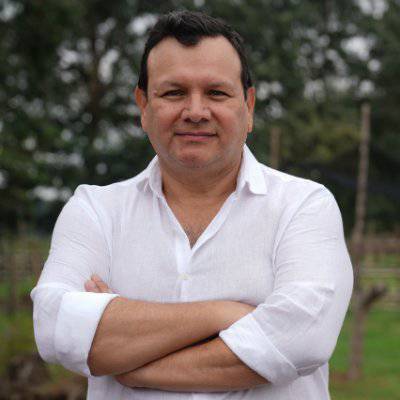 Manzano, who graduated as a bachelor from the Francisco Javier School in Guayaquil, completed his higher education at the Zamorano Pan-American University School of Agriculture, in Honduras, where he obtained his degree in Agricultural Engineering in 1990. He fondly remembers his encounter with the field .

“My life is linked to the countryside 40 years ago, when I accompanied my grandfather Juan to the fertile soil of Vinces, to sow, harvest and learn about the cycles of plants and animals. The land is my passion, my life and my work, ”says Manzano in his resume.

“I know how to team up because I know all the links in agricultural production. I know what it is to sheathe, control pests, fertilize. I know how to do a lot with few resources. I know how to manage scarcity, which is the constant life of agriculture”, continues the minister in his profile in which he describes himself as an agronomist by profession and conviction.

Regarding his time at Zamorano, he indicated that he learned about the science of agricultural production and assured that he returned to put all that knowledge and technology at the service of the country, which allowed him to make many farmers multiply their production.

And it is that his work experience in Ecuador began in 1991, just a few months after leaving Zamorano. His first job was as Management Assistant at the Bagno company, from January to July of that year.

Then, from July to December 1991, he served as supervisor of Agricultural Credit at Banco del Progreso, he was District Superintendent, from January 1992 to March 1994 at Corporación Noboa, a company where he has made his career to date. He held various positions such as Zone Superintendent, Farm Manager, Production Manager and various Zones.

The Minister of Agriculture and Livestock, Bernardo Manzano, begins meetings with the banana growers of Ecuador