After being released from the Cotopaxi prison on April 10, former Vice President Jorge Glas appeared the previous Tuesday at the Guayas Provincial Court. In that judicial dependency of Guayaquil he made his first presentation before the Justice. The debate is framed in that habeas corpus does not eliminate the two convictions of Glas. 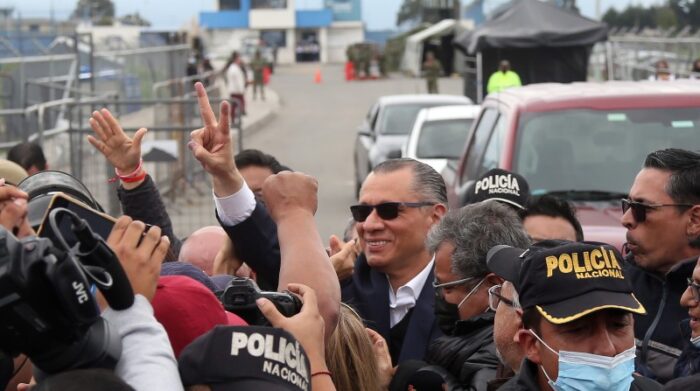 That Tuesday, May 3, it was also known that Judge Víctor Echeverría admitted the appeal filed by the National Comprehensive Care Service for persons deprived of liberty (SNAI) to habeas corpus that was granted to Glas and for which he was released.

“I gave four and a half years of my life to all those who accused me while in prison, having given me up to find and prove their accusations and they could never do it,” said former Vice President Glas.

However, the specialists indicate, the fact that he is free on habeas corpus does not mean that his sentences of six years in prison (for illicit association), in the Odebrecht case; and eight years (for the Bribery case) have been reviewed and revoked. They are criminal proceedings with firm sentences that determined his guilt. And one more sentence in the Singue case is about to be confirmed.

What does the appeal presented by the Snai imply?
Ismael Quintana, a constitutional lawyer, says that the appeal is the second instance that occurs in the field of jurisdictional guarantees.

Through him, the Provincial Court of Santa Elena, which is the superior judge, reviews whether the first instance ruling was right or wrong. The initial decision was made by a judge from Manglaralto, part of the province of Santa Elena.