The export of Ecuadorian flowers was trying to recover after a series of protests that paralyzed Ecuador in October 2019 when the new coronavirus pandemic hit the country. The situation caused the cancellation of 60% of the orders and an uncertainty from which it is still not known how to get out. 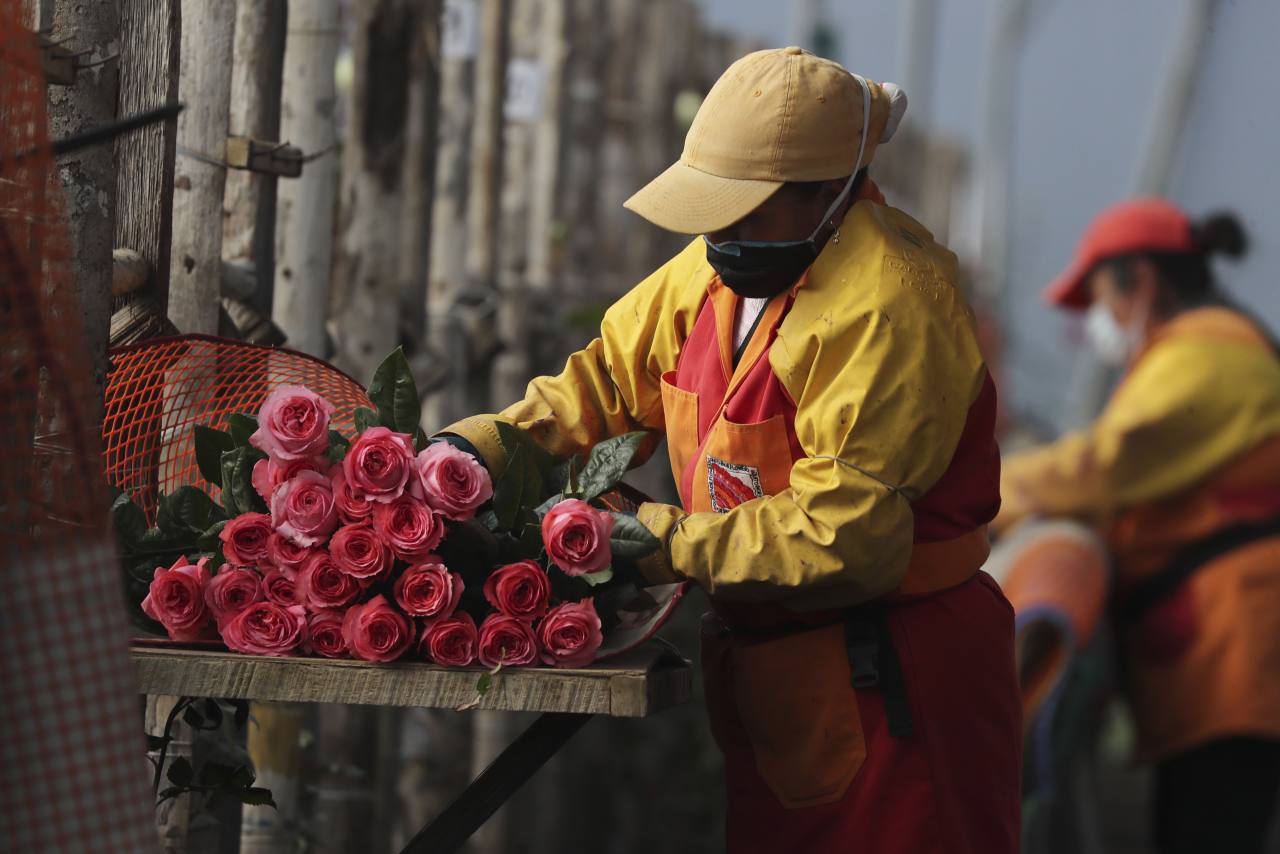 Until last year, this activity represented the fourth export category of non-oil products from this country after bananas, shrimp, processed products and fresh fish. Oil is the most important, although it is an exclusive business of the State.

The pandemic reached Ecuador at the end of February and 15 days later the government decreed rigid quarantine measures and a curfew to prevent the spread of the virus, which reduced the productive activity of 70% of the country’s productive apparatus. In addition, borders were closed and international flights were suspended.

The rest of the world imposed similar measures and their effects were also felt in the flowers: the main markets for this product in the United States and Europe were closed, which caused an 80% reduction in exports, according to the Association of Producers and Exporters de Flores de Ecuador (Expoflores).

From 52 to 54% of Ecuadorian flower sales take place on two dates: Valentine’s Day and Mother’s Day, although – due to the health emergency – for the second date only 40% of what was expected could be sold.

Alejandro Martínez, president of that union, told The Associated Press that “it is a critical situation, the worst blow that Ecuadorian floriculture has experienced” and assured that the losses between March and June amounted to about $ 130 million. In addition, he explained, some 10,000 direct sources of employment and about 6,000 indirect sources of a total of 120,000 jobs were lost.

“This has caused a 17% reduction in plantations, between 800 and 900 hectares, where some pulled up the bushes, others cut the plants literally down to the root so that the plant produces its first stem in 18 months,” he said.

Prior to the hit generated by the pandemic, flower growers were trying to recover from the harmful effects – including some $ 45 million in losses – caused by a virtual 12-day stoppage in October last year, when indigenous people blockaded the entire country and They invaded many flower farms amid social protests to oppose the increase in the price of gasoline, among other measures.
In 2019, the flowers reported almost 400 million dollars in sales abroad, according to figures from the Central Bank.

Ecuador is the world’s leading producer of roses, whose quality and colors are internationally famous, and its main competitors are Colombia and Kenya, among others with lower production.

Colombia’s flower exports also saw a sharp drop in March and April, but thanks in large part to constant consumption from supermarkets in the United States and Europe, most jobs have been preserved and the market is slowly recovering, he said. Augusto Solano, president of the Colombian Association of Flower Exporters.

When quarantines began at the beginning of the year in Asia and much of Europe, demand plunged, transportation became difficult and Colombian growers were forced to destroy tons of flowers and compost them, Solano said.

For Mother’s Day, the demand rose again and companies called on their employees to work under strict health protection measures. While big events like conventions and weddings that often use hundreds of flowers are still a long way off, Solano said he’s optimistic the industry is back on the right track.

“In this pandemic, both in Colombia and in the countries of the world, they have begun to value the benefits of flowers,” he said. “They give energy, they give tranquility, they help fight stress,” he added.

However, smaller suppliers continue to have a hard time, such as Sonia Raga, owner of a flower shop in Bogotá, who said that her sales were down 70%. The 41-year-old has paid her rent for two months and had to lay off three of her four employees. Although she now sells through online platforms, she said the city’s strict lockdown has decimated her business and the situation has forced her to consider selling flowers on the street like many of the informal workers who circulate around the city.
The Ecuadorian floriculturist of the Ecuagarden group, Klaus Grestzer, explained to the AP that the Ecuadorian flower sector “is badly hit not only by the pandemic, but because we had already been hit before, with the indigenous unemployment, but the pandemic ended up complicating things”. He added that “since March the flower sector has thrown away more than 50% of its production, which would imply” a very big crisis. ”

Despite everything, there are exceptions. A small producer in the north of the country, Armando Morales, from the Tierra Verde farm, told the AP that May, June and July “were very good because most farms closed or lowered their production, others neglected their crops, but we at the Being a small farm, we did not reduce staff or sacrifice production, which allowed us to cover an unexpected demand from Russia in summer, with prices that rose to Valentine’s levels, the best day of the year ”.

Ecuador has cultivable soils at altitudes above 2000 meters and with abundant water and perpendicular sun most of the year, which guarantees superior quality and an abundant range of flower colors. However, these conditions could be insufficient to get out of the pothole.

Martínez, president of the local union, assured that “we need to survive a year because we see nothing, absolutely nothing that changes the line of consumption in our flower markets. It is almost clear that we are going to stagnate at 70% of exports ”to the usual 120 destinations. (I)