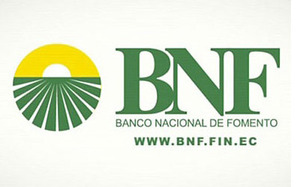 The Prosecutor’s office determined yesterday, after a hearing, through  which the sentence was known, that none of the officials of the National Development Bank (BNF, for its Spanish acronym) were involved in the alleged irregular delivery of credits to members of the cooperative La Majadita, as reported in the nightly  news broadcast  of Televistazo, from Ecuavisa.

After the hearing, the President of the cooperative La Majadita, Juan Mota, questioned the decision taken by  the prosecution, because he asserts that those affected are the 250 members of the institution who never received the credits, however, “they should pay $28 000 each”.

The cooperative members recalled that they went to the BNF to apply for loans to finance a production of passion fruit, and the values that were supposedly  approved, were never deposited in their respective accounts.

For this case, there are seven detainees, which, according to Mota, could go free; in addition the plaintiff’s defence is preparing a complaint against the Prosecutor leading the case, Cecilia Rodríguez, who yesterday did not give statements.