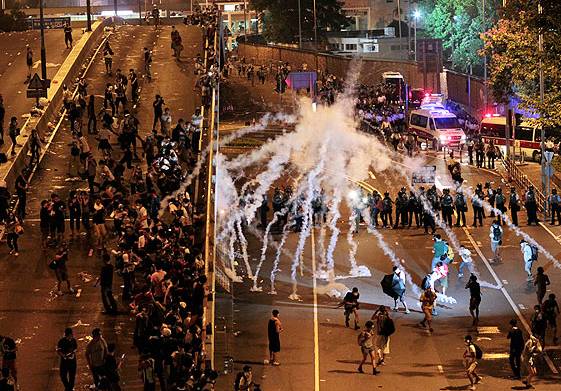 Demonstrations by pro-democracy activists in Hong Kong have confronted this Friday to the members of their group with the exasperated inhabitants of that city and threatened to not attend the planned talks with the Hong Kong local government.

The pro-democracy activists had given an ultimatum to the head of the local government of Hong Kong, Leung Chun-ying, to resign before Thursday at midnight, otherwise, the protests would be intensified.

The clashes occurred when people resumed their work after a two-days holidays in two of the busiest shopping areas in Hong Kong, prompting the intervention of the police to separate the two groups.

In Causeway Bay and Mong Kok, several groups tried to take down barricades in an apparent reaction against the demonstrations that have paralyzed areas of the city.

The police tried to push these angry people surrounding the pro-democracy in a place that the latter occupied for five days.