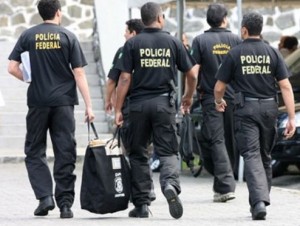 The Brazilian Federal Police (PF) captured this Wednesday in the city of Boa Vista, capital of the northern and Amazonian state of Roraima, the alleged Colombian drug trafficker “Marquitos Figueroa,” according to authorities.

Marcos de Jesús Figueroa, alias “Marquitos Figueroa,” was arrested in a luxury residence in Boa Vista, reported to EFE a spokesman for the Superintendent of PF in that locality.

Figueroa, 47, was accused of running a criminal gang at the service of the former governor of the department of La Guajira (north), Francisco “Kiko” Gomez, arrested and investigated for alleged links to paramilitary groups and murders in the border region with Venezuela.

The alleged Colombian drug lord was taken to the headquarters of the regional police Superintendency and on Thursday, in Brasilia, the PF will release details of the operation, which involved Colombian agents.