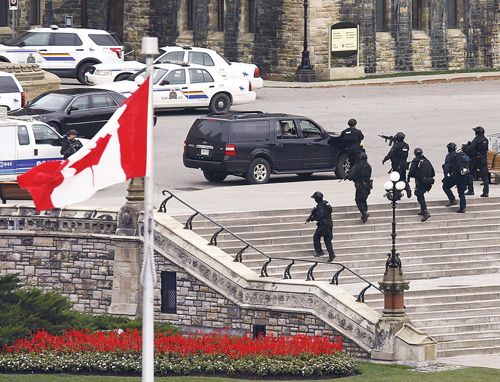 Canada began to take precautions after the Islamist extremism executed two attacks in three days against military and the Parliament by shooters with ideas closed to jihadism.

The young attackers were born and raised “in this peaceful country,” said Prime Minister Stephen Harper, to Members of the House of Commons.

The Parliament, determined to not yield to the “terrorist” threat in the country, paid tribute to the head of security, who struck in the Parliament the assailant who had previously discharged a military in the nearby war memorial on Wednesday.

The Police also arrested Michael Zehaf-Bibeau, a Canadian, 32, with a criminal background, who had received psychiatric treatment, and who was identified as the murderer of soldier Nathan Cirillo.

The attack joined the one perpetrated on Monday by Martin Rouleau Couture, 25, who rolled his vehicle into a military and was then shot by the police in a village near Montreal.