The Bribes 2012-2016 case, which involves former President Rafael Correa for the crime of bribery, was cited as an example of anti-corruption investigation in the region during a forum organized by the NGO Americas Society / Council of the Americas, based in New York, U.S. 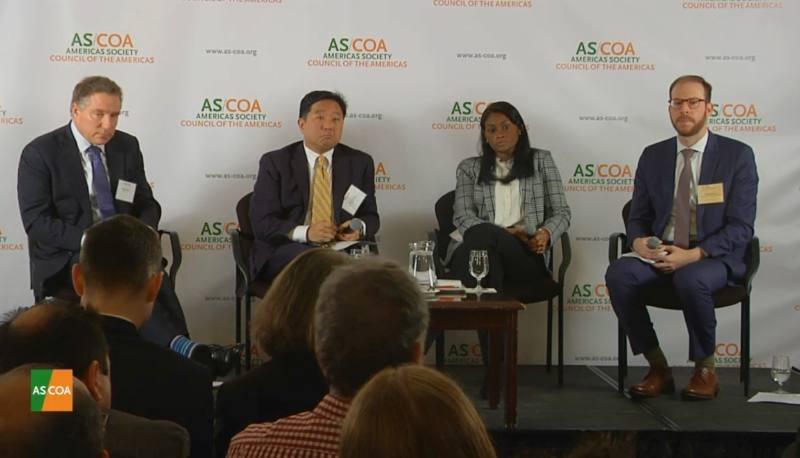 The talk, held yesterday, was titled ‘The future of the fight against money laundering in Latin America’ and was attended by the attorney general, Diana Salazar, as a panelist.

She referred to the case when the moderator, Roberto Simon, asked how the new investigative techniques that are helping the international community to combat the crime of money laundering had been used there.

Salazar indicated that effective cooperation had been used, and explained that it had allowed to know through “the people who are part of these very complex structures” how the activities were developed.

Before the public, he described the case as a “corruption plot” that worked based on an organization that was responsible for receiving “illicit money” from the private sector in exchange for obtaining contracts with the State.

He said that this structure operated during the ten years of the Correa government and that the ‘contributions’ not only financed the election campaigns of the ruling party, but also “the inaugurations, birthdays, air transport, credit cards”.

Salazar said: “This is the first time that in Ecuador we are going to start with this trial that will start on February 10”.

Next Monday will be the trial hearing, and the Attorney General’s Office must present the evidence announced against the 21 people it accuses before a court of the National Court of Justice.

Yesterday during the conversation, Salazar also talked about other cases of money laundering in the country: that of FIFA and that of Panama’s papers.

On the latter, the moderator asked him if the referendum that prohibited public officials and candidates from having accounts in tax havens was positive; She replied that she did not know “how effective” the measure had been, because “the crime is changing.”

María Alejandra Vicuña must serve her one-year sentence in jail