The more than 700 folders that make up the 2012-2016 Bribes file returned to the Prosecutor’s Office the afternoon of Monday, November 11. The return occurred after 2:00 p.m. and even though Judge Daniella Camacho had offered the prosecutor Diana Salazar that they would remain on the eighth floor of the National Court of Justice where from 09:00 the preparatory trial hearing was reinstated. 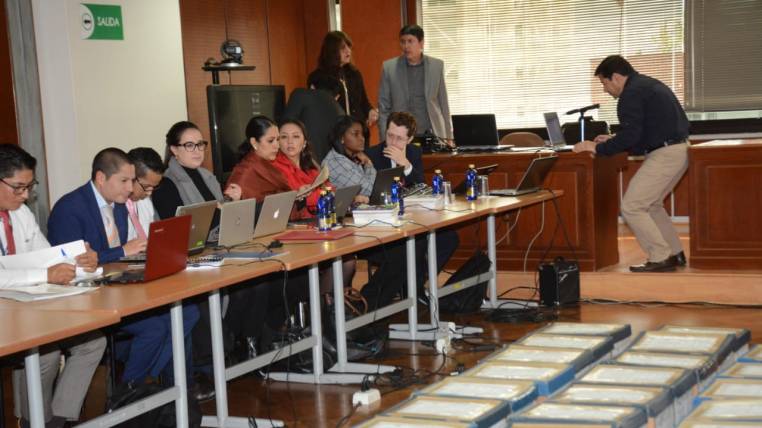 Prosecutors Diana Salazar extracted the information that on Monday allowed her to accuse 22 people as alleged perpetrators of the bribery, including former president Rafael Correa, her former vice president Jorge Glas and close former collaborators such as Vinicio Alvarado and Alexis Mera, who followed the diligence since his house arrest in Guayaquil. The presentation of his accusation began at 10:25 after the judge declared the validity of the process. Camacho found no procedural, procedural, prejudicial and competing vices, alleged by the defendants, so the prosecutor accused 22 defendants, including former president Rafael Correa and former vice president Jorge Glas, as perpetrators of the bribery offense and two accomplices.

With the identification of the defendants came the story of the facts. Salazar spoke of a criminal structure led by Correa. He said he was aware of the bribery scheme that involved officials and businessmen in order to raise resources to fund the PAIS election campaigns and pay expenses for Correa as president and other officials. He referred to artists, birthdays, Saturdays. The contributions were by crossing accounts and in cash. In the first case, the State contractors would have delivered more than six million and a similar amount in cash. The prosecutor said the use of criminal jargon was established. But he cited that officials and contractors are prosecuted for the first time in history.

The official ruled out the alleged criminalization of one or more politicians, since it is not a political issue. What was investigated, he said, was a corruption system implemented in a government that used public resources from public procurement to maintain popular support.

He insisted that “they have betrayed the trust that citizens placed in their agents to benefit.”

The specialty coffee route aims to be a tourist reference