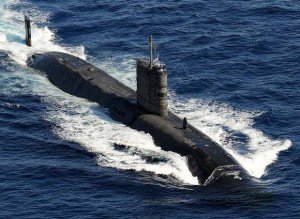 The Ministry of British Defence has announced that the submarine HMS Tireless has joined the international fleet, which is patrolling the waters at the south of the Indian Ocean in search of the wreckage of the Malaysia Airlines MH370 plane.

A Ministry spokeswoman confirmed that the Tireless is going to concentrate “on the location of the black boxes through its search capabilities underwater.”

The spokeswoman said that the submarine equipment allows it to capture signals “several miles awayas I understand,” but declined to give further details.

At the same time, she confirmed that the Tireless has already reached the Indian zone in which it is believed that the plane went down, a vast area of about 120,000 square kilometers.

The Australian responsible for the searching, Angus Houston, said today that the operation to find the remains of the Malaysian plane could still take “a long time”.

Chile could suffer an earthquake of greater magnitude, according to experts