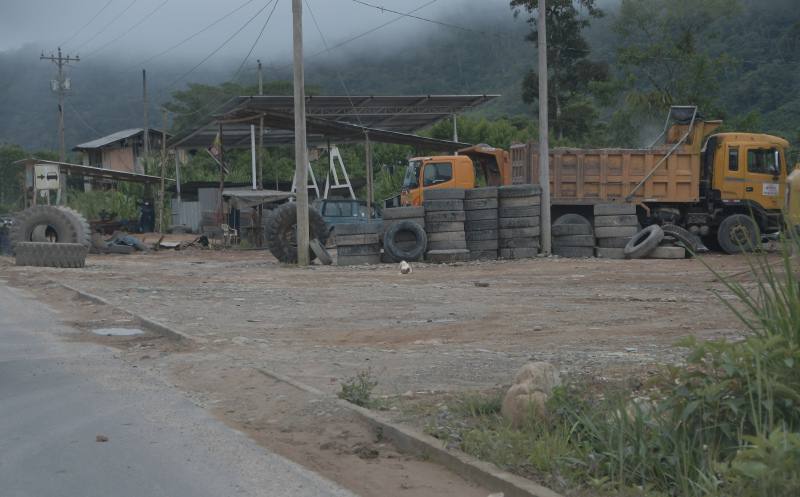 Dozens of dump trucks loaded with stony material enter and exit. Lubricadoras and vulcanizadoras that offer spare parts and all mechanical service are in the surroundings. Restaurants offer typical national and foreign food.

It is the scene that is observed in the outskirts of the Mirador mining project located in Tundayme, in the province of Zamora Chinchipe.

Laura works in a food business. She, who is from the province of Cañar, assures that the opening of the mine has “moved” the economy of the sector and for that reason she decided to settle in Tundayme. “A cousin told me to come and work here because the business was good and I came, I do not complain to live,” she says.

She assures that the majority of her clients are workers or are linked to the mining project. “The drivers of dump trucks, the workers are the ones who buy us,” she says. But, Laura points out, that in the last two months their income decreased due to the suspension of some works in the mine ordered by the Ministry of Environment last March.

Ángel Arévalo, president of the Autonomous Government of Tundayme, agrees with this: “Merchants and dump trucks are affected”.

However, this economic boom would be a mirage, according to Luis Sanchez, vice president of the Amazon Social Action Community Cordillera del Cóndor Mirador: “Although there are more food and vulcanizing sites, most are from outsiders.”

In addition, he affirms that the automotive businesses have caused inconveniences in the locality. “The dump trucks make a lot of noise, they raise too much dust and the vulcanizers throw the lubricants into the sewer system and that system is bad, so everything goes to the rivers,” he says.

Although Elizabeth Pauta, director of the Environment of Zamora, ensures that the respective controls are carried out: “About the vulcanizers, it is a problem that we have identified, they are people from other places, but the fundamental role is the Municipality of El Pangui because it is the one that grants the land use permits, we have already requested that you give us the data of all the permits you have given. We carry out campaigns to manage these wastes. ” (I)

Ranking of América Economía points to la Espae, of the Espol, as the best business school in Ecuador