Businessmen and politicians analyze the revival 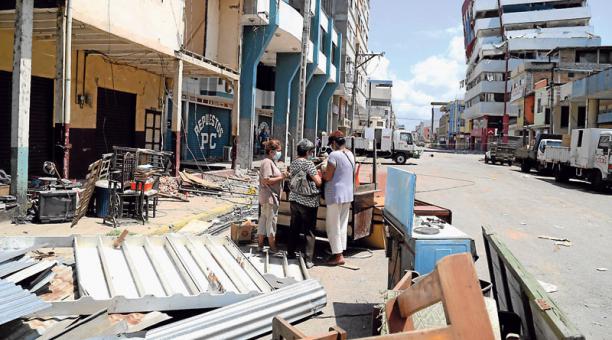 In Quito the painful aftermath of the earthquake of April 16 are not lived. But from this city, the political capital of the country, outputs are sought to boost the economy of Manabi and Esmeraldas.

Yesterday (April 25), options to rebuild and revive the affected villages began to be outlined in two instances. a meeting with businessmen was held in the Coordinating Ministry of Production, while in the Assembly began the process of a new law to channel the resources to those affected by the earthquake.

The meeting convened by the front of Production, led by Vinicio Alvarado, was attended by Richard Martinez, president of the Ecuadorian Business Committee (EEC); Francisco Alarcon, of the Chamber of Industries of Guayaquil, among others. The government side was represented by all ministers of the area, besides the director of Internal Revenue Service (IRS) Leonardo Orlando.

Death toll from the earthquake continues to rise