Ecuadorian exports increased by 30% in the first quarter of 2022: totals reached $8,085 million and non-mining non-oil exports reached $4,530 million, driven by shrimp, which continues to break records, and because China bought much more. 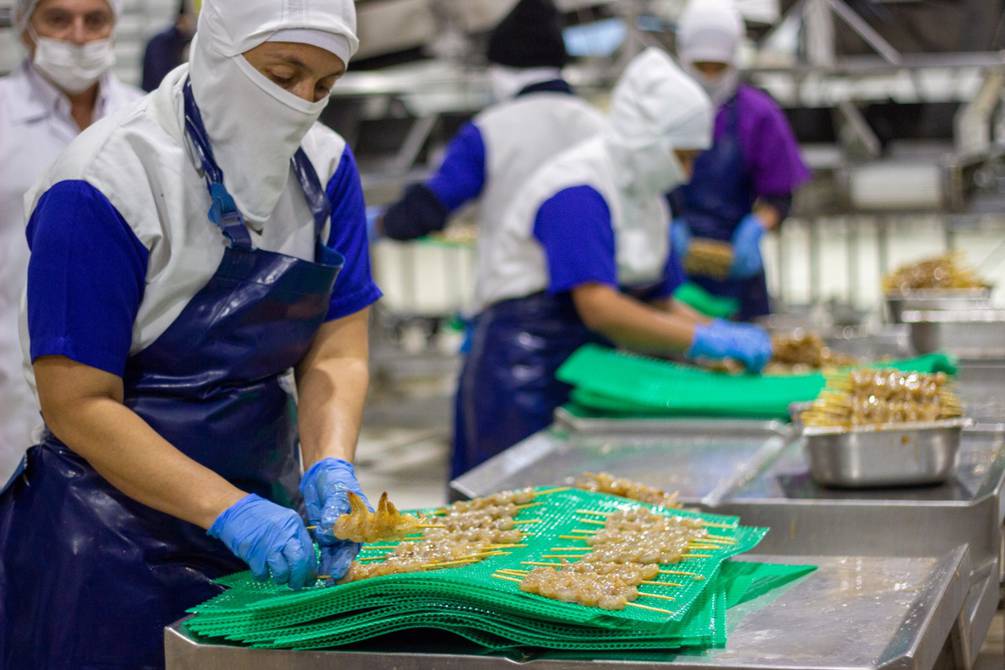 49% of Ecuador’s non-mining non-oil exports during the first quarter of 2022 correspond to products from the aquaculture and fishing sector, 40% to the agro-industrial agricultural sector and the rest to manufacturing. The Ecuadorian Federation of Exporters highlights that the growth until March of the aquaculture and fishing sector was 70%, compared to that of 2021.

With $1,756 million in shrimp sales in the first three months of the year, this sector already accounts for 35% of the foreign exchange generated in all of 2021, when it reached a record $5,078 million in exports. Although the sector indicates that April and so far in May show a very different situation.

Shrimp shipments abroad have generated an increase of 95% in dollars until March and 44% in pounds, placing this product as the main product in the non-oil non-mining basket. In the case of bananas, there is an increase of 2% in the value exported and a decrease of 7% in volume, reports the Ecuadorian Federation of Exporters (Fedexpor).

The statistics recorded by the National Chamber of Aquaculture also show a great growth, but of 81%. Their figures indicate that exports were $1,545 million; of them, China represents $828,705,914, since in relation to the first quarter of 2021 it now increased its purchases of Ecuadorian shrimp by 199%. And it has a 56% stake.

“Despite all this, unfortunately, given that they are not current figures, since we are already in mid-May; These do not reflect the harsh situation that the sector is going through as it experiences very low prices, close to those received during the peak of the pandemic in 2020. Therefore, what was recorded in the first quarter of this year, which is the result of investments in added value and post-pandemic recovery, has been overshadowed by the blow to our sales in April and May, especially since they will be lower than the first quarter of this year”, indicates the executive president of the Chamber, José Antonio Camposano.

In April, the union had shown its concern about the resurgence of the pandemic and closures of cities in China, which affect consumption; and inflation in the United States, which deteriorates the purchasing power of consumers, which could have an effect on the reactivation of restaurants and events that generate demand for products such as Ecuadorian shrimp.

The United States has increased its shrimp imports from Ecuador by 51% in these first months and compared to the same period in 2021: they total $315,413,817, and their share has dropped between one year and another from 23% to 19%, according to the data handled by the Chamber.

After China and the United States, the main markets for Ecuadorian shrimp are Spain, France, Italy, Vietnam, Russia, South Korea, the United Arab Emirates and England.

Fedexpor indicates that until March China was the first destination for Ecuador’s non-mining oil supply, and that during this period non-mining oil exports to the Asian country grew by more than 100%. The United States, as the second commercial destination, registered an increase of 17% in the same period. Together with the European Union, these destinations accounted for 65% of non-mining non-oil exports.

These are the eight main non-mining non-oil export products that had the highest income:

This despite the fact that six of these products: bananas, flowers, tuna, leather goods and chemicals, had a drop in export volumes. While two other main export products: cocoa and processed products and wood and manufactures, had a decrease in foreign exchange and volume.

On the other hand, all the first ten import products register growth, especially the fertilizers that come from Russia, with an increase of 145%, according to Fedexpor statistics. The most imported are machines and mechanical devices, vehicles and parts, electrical machines and devices, plastic and its manufactures, animal feed, pharmaceutical products, iron and steel foundry, cereals and chemical products.

Non-oil imports increased by 38%, mainly due to an increase in purchases of raw materials of 49% and capital goods by 31% during the first quarter of 2022.